It’s funny the way we see ourselves isn’t it?? I’d always thought that I was a bit of a secret ‘glamour puss’ – pause for hysterical laughter from those who know me….Not in an obvious way (obviously!!) but I definitely thought that there may be a pair or two of Manolo’s in my future closet and that someday I may rekindle my long lost love affair with makeup.

Turns out not though. Turns out that I am a bohemian, slouchy, hippy chick kinda girl through and through and that this caravan living has put pay to any grandoise SATC style daydreams I may ever have had.

Downsizing, decluttering and getting rid of pretty much all 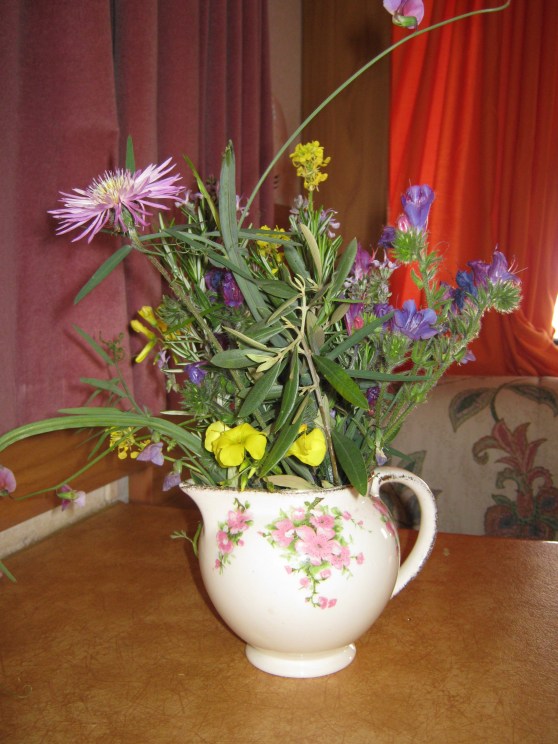 your material possessions will do that to you but it seems that its influence runs deeper than that. The night before last we went for an early evening walk just before tea. The hedgerows were full of wild flowers and I picked myself a bunch to put in the one vase/jug that I brought with us. Coming back onto the campsite we bumped into one of our neighbours and he made a comment about how he hoped it wasn’t my birthday and the flowers were what hubby had given me!! I mumbled something back along the lines of ‘oh no he wouldn’t dare’ and then I caught myself thinking that I would actually prefer a hand picked bunch of wild flowers to a bunch of roses all wrapped up in cellophane – how’s that for low maintenance!!!

Christmas just gone was equally low maintenance with us deciding not to get presents for each other. Instead we brought some new DVD’s to watch and a bottle of champagne and it was so much nicer than trying to work out what we each wanted, or just buying off a list.

My beauty routine – although I’m embarrassed to even call it that is made up of water and coconut oil for my face and olive oil fragranced with some vanilla essential oil as a moisturiser – Posh would have a panic attack at the mere thought!! I have also been thinking about growing my hair into ‘dreads’  but seeing as I’m pretty certain hubby’s wedding vows included the silent line of ‘or if she grows dreadlocks’ after the ‘until death do us part‘ bit I may have to rethink that one. Shame though as I quite liked the idea. 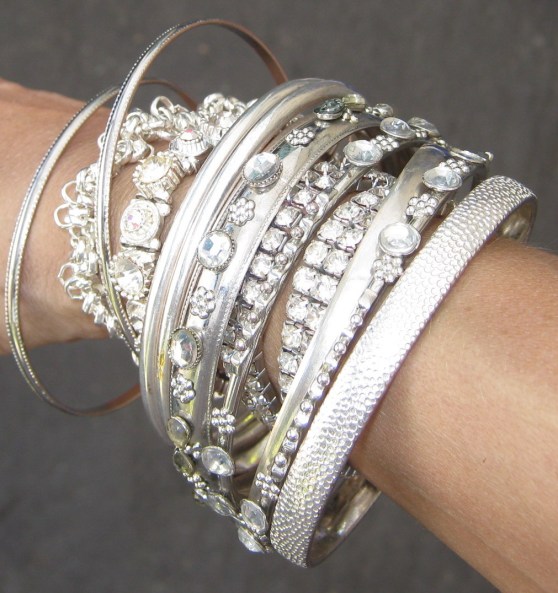 So, glamourous I’m not but I must confess to still enjoying the odd bit of sparkle – well quite a lot actually. I love crystals on my flip flops, an armful of bangles with a splash of diamante and I’m a sucker for a sequin or two so maybe all is not lost. Carrie Bradshore I may not be but if Mr Manolo ever makes a pair of flip flops then I’ll be first in the queue…..