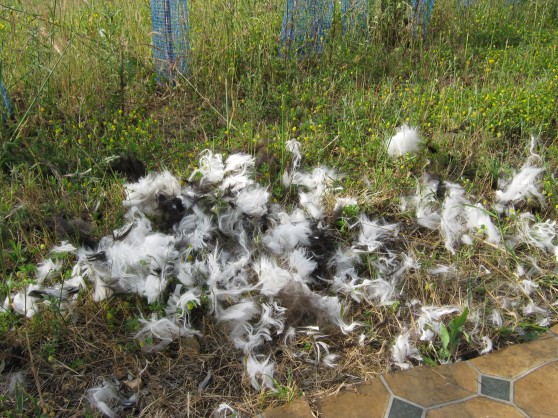 My gorgeous boy Oscar is a Maine Coon – all lovely long silky fur, a mane around his neck and a wonderfully bushy tail. He also has (and this is my favourite bit) tufts of fur between each toe; adorable.

Yesterday though we gave him a hair cut. As you can see quite a big hair cut!

The reasons for this dramatic decision were three fold:-

All these points added up until it was clear that a haircut was the only solution. He was a good boy and stayed still for the most part although he was not happy when I got to his back legs and cried a little; lots of cuddles and kisses helped. It’s not the best hair cut in the world but it has taken years off him!! he actually looks just like he did when we first got him. At six months old he hadn’t grown into all his fur and it was still short and spiky. He looks really cute and cuddly and doesn’t seem bothered by his hairdressing experience!! 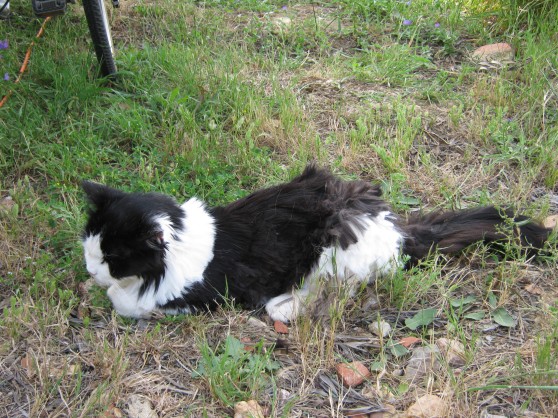 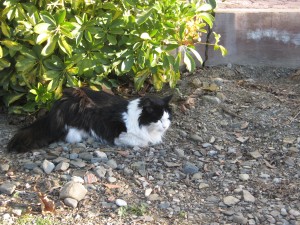 You can tell how much our cats mean to us by the number of posts that they appear in. It is not ridiculous to say that they are like ‘children’ to us – never having had any of the human variety that is!!!!

Oscar – pictured to the left this morning – was brought for me by hubby on my 26th birthday (18 years ago this year!) and came complete with his own furry friend in the form of Tinker. Whilst Tinker was a very small, cute 10 week old kitten, Oscar was 6 months old and although not fully grown (as a Maine Coon he wouldn’t be fully grown until about 3 years of age) he was already quite large and very fluffy.

Hubby said that Oscar had ‘performed’ tricks for him when he went to see them at the cat sanctuary, rolling around on his back and generally larking about. Maine Coons are like that; big old fluffy clowns with a desire to play and join in on whatever is going on around them. Oscar has certainly had his fair share of  ‘larks’ over the years and we love him too pieces.

Oscar has enjoyed good health all his life and at 3 months shy of 18 years old is doing remarkably well for ‘an old boy’. Well he was. Unfortunately over the last 5 days or so we have watched our big fella go down hill quite rapidly. He is lethargic, sleeping most of the time, has a distinct limp on one of his back legs, and has lost his voice (the most disturbing symptom of all as he is usually the most talkative of cats).

Investigation on the web would seem to point towards the cause being HCM – Hypertrophic Cardiomyopathy a form of heart disease. He has many of the symptoms and we know from a vets appointment last year that he has a heart murmour. Cats are masters at disquising illnesses and normally if they are showing symptoms then it means the condition is advanced and the prognosis even with treatment does not make for good reading – about 3 months.

Oscar is still eating and drinking – little amounts but regularly. He is still using his litter tray and he is still enjoying being outside in the sunshine or under his favourite bush. I can see him from where I am sat in the caravan and he is alert and watching the world go by around him in his usual ‘manana’ style. We are being careful that he doesn’t jump from up high or do anything that may put strain on his heart in any way.

We are ready at a moments notice to take him down to the vets should his condition deteriorate, but at this point I am loathed to drag him out on a car journey of 30 minutes or more and into a crowded vets for tests and prodding and poking that would stress him out and possibly make his symptoms worse. Its a dilemma and I hope I am doing the right thing but I would rather see him sitting under his bush outside enjoying his surroundings and his day with a little dignity.